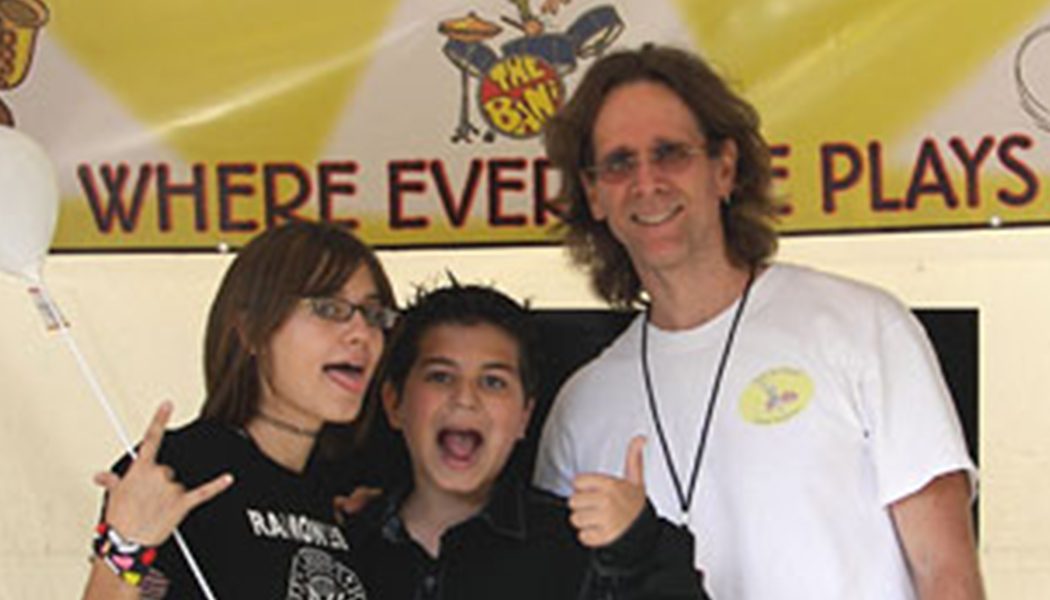 Encino resident John Mizenko presents the 8th annual Great Pumpkin Jam at the Knitting Factory in Hollywood tomorrow October 15th. Mizenko has an unusual music school, Join the Band, that allows individual students to hone their chops playing with a rock, or jazz band, and this Sunday is their Fiftieth Concert.Their first concert was at Full Blast Rehearsal Studios in Van Nuys November 3, 1998 with three bands playing. This year the show is at world famous club The Knitting Factory and features a Halloween theme with twenty bands like “Voodoo You Love,” and “Children of the Grave.” Join the Band alumni have played at local clubs like Cozy’s and The Baked Potato, (Hollywood). We caught Mizenko and some band members Sunday at the Taste of Encino.